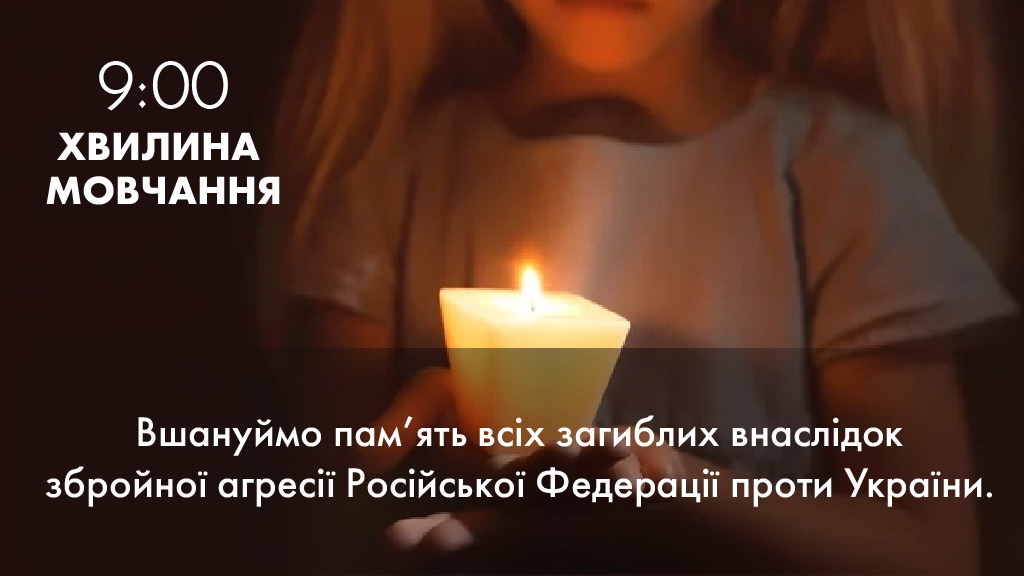 For a week now, the rector’s daily meetings with the heads of structural units have begun with a moment of silence. We call on the entire university community to join the nationwide moment of silence. Every day, at 9:00, the memory of those killed in the armed aggression of the russian federation against Ukraine is commemorated throughout Ukraine. The relevant decree was signed by President of Ukraine Volodymyr Zelensky.

According to Defense Minister Oleksiy Reznikov, in the three weeks of the active phase of the war, russian invaders killed about 3,000 civilians. As of March 23, 121 children are known to have died.

It will be recalled that on February 24, the russian federation launched a large-scale invasion of Ukraine. The occupying forces are shelling and destroying infrastructure, conducting massive shelling of residential areas of Ukrainian cities and villages using artillery, rocket-propelled grenades and ballistic missiles.